Jack Duffy belongs to several organizations committed to training lawyers to address DUI cases, including the National College of DUI Defense. He received additional training on the investigation and defense of Intoxication Manslaughter and Driving While Intoxicated cases. He received certification in DUI Detection and Standardized Field Sobriety Testing from the National Highway Traffic Safety Administration so that he may better understand the process. The American Association of Premier DUI Attorneys recognized his excellence in the field and admitted him as one of their members.

Haltom City criminal defense attorney Jack Duffy is one of the area’s elite criminal defense lawyers. With 27 years of successful defenses behind him, he has demonstrated his commitment to the principal that all those accused of a crime deserve an advocate on their behalf. He has demonstrated his commitment through his membership in organizations dedicated to the principal, and by putting the principal into practice. He’s helped hundreds get their traffic tickets dismissed, cases discharged and sentences reduced.

Personal injury attorney Jack Duffy should be one of the first people you contact if you are injured because of another’s negligence. Highly rated by clients and by local publications, he has been providing excellent legal service to the residents of Tarrant County and the Dallas/Ft. Worth area. As a law student, he received an award for earning the highest score in the class where future lawyers learn about personal injury law. Mr. Duffy took what he learned and applied it to the practical experience he gained during his long career. Let Jack Duffy apply his knowledge and experience to your personal injury case. 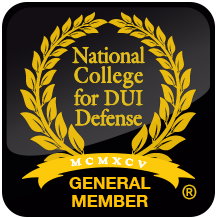 What Do People Say?

I hired Mr Duffy for a theft case and he was exceptional. He negotiated by case and I was able to accept a plea deal that made everyone happy. He always returned my calls the same day I called him. He was always at court on time. I never had any concerns about him and…